A year ago at the Lesesaal Bookshop and Café in the heart of Hamburg. Good times! A celebration of community; solace in this distant now. 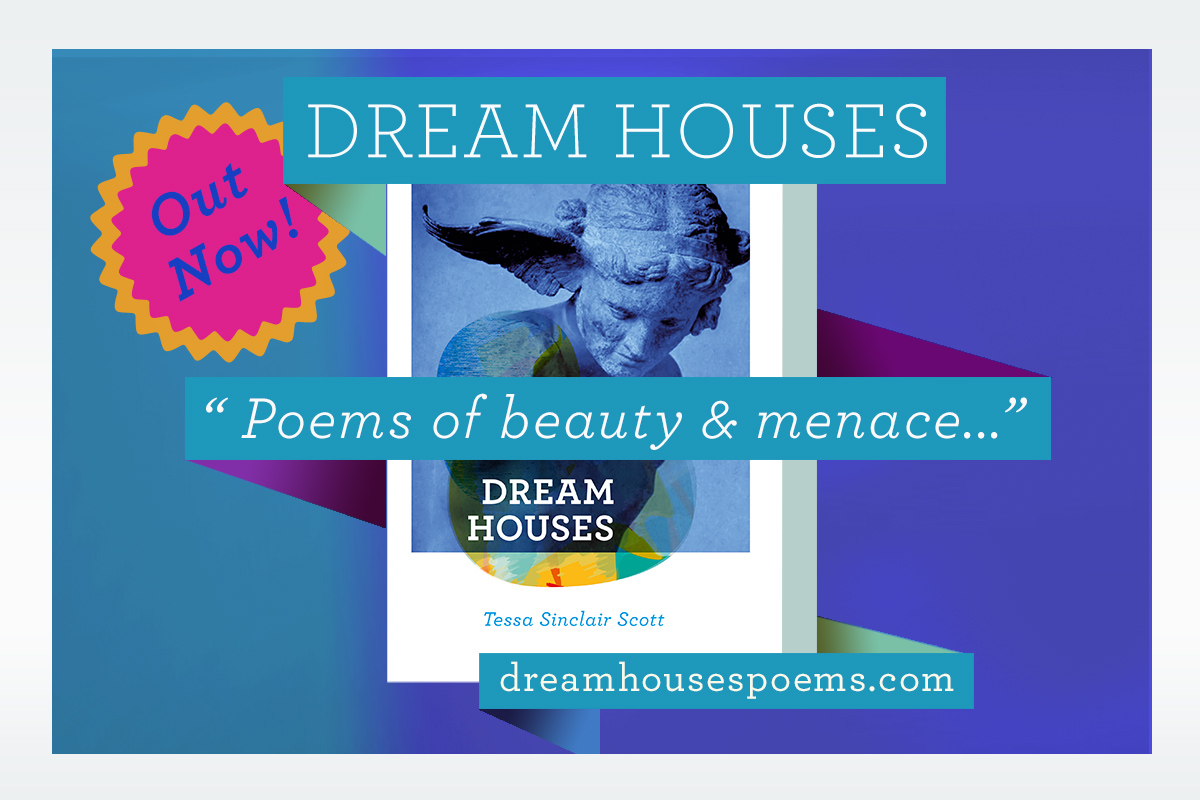 With a foreword by acclaimed Australian poet Judith Beveridge, DREAM HOUSES is “an assured, accomplished and absorbing first collection, by turns earthy and sensual, savvy and strikingly perceptive, strikingly apt.”

Anchored in bodily experience, the poems in this 65 page collection investigate memory, intimacy and belonging in a “fresh and incisive” way. Order now from Kelsay Books or Amazon Europe /Amazon US.

🌿 “These poems seem expounded wholly from both body and spirit and often attain their power from the way beauty and menace play off against each other.” 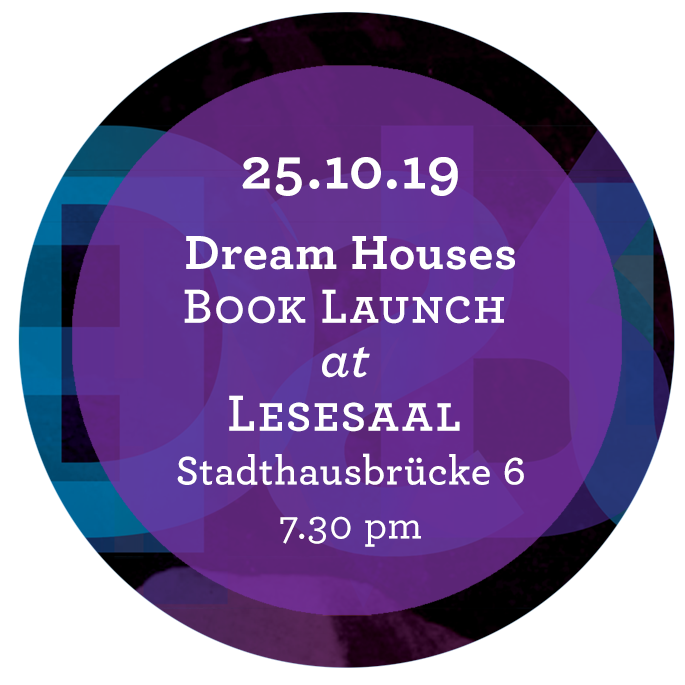 DREAM HOUSES will be launched at the stunning Lesesaal Bookshop and Café in the heart of Hamburg, on 25 October at 19:30. Come along and celebrate the occasion with me and my creative friends over drinks and snacks! In honour of the occasion a special edition of the book will be on sale.

Public Transport: Take the S1, S2, or S3 to Stadthausbrücke station or the U3 to Rödingsmarkt (5 minute stroll). 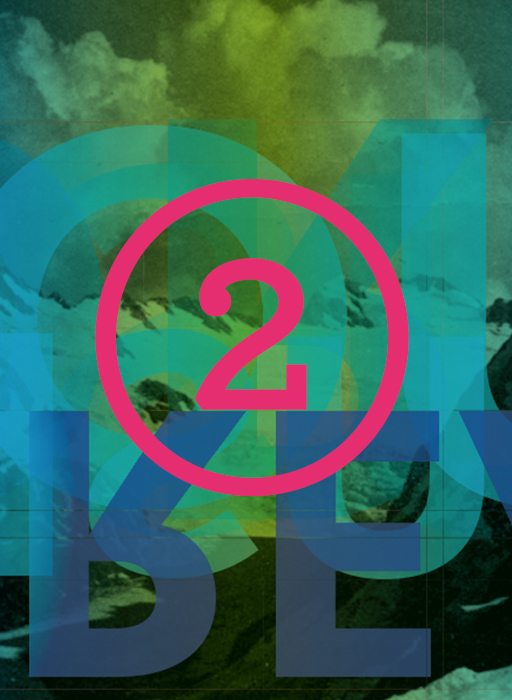 This is a slightly truncated version of the interview I did with Romanian poet, Iowa alumnus, journalist and publisher Andra Rotaru about writerly attraction and literary crushes. Part one is all over this page here.

ANDRA ROTARU (AR): What are the literary and artistic tendencies that you are attracted to?

TSS: I think of poetry and art in general as a part of a continuum of image making. I’m also a visual artist and designer, I studied painting at Art School and worked for a long time as a graphic designer. Image making for me has to do with framing, perspective and scale. As a result I’m curious about work that makes me ask why the maker made certain decisions. I tend to approach this work with questions; where am I the viewer/reader? What is happening outside the frame? How do I connect with this image (emotionally, intellectually, through humour)? What is the resonance with my own (and everyone’s) vast back-catalogue of visual experience?

I’m strongly attracted to work (of any genre) that is filmic, with a sense of urgency or loss as thematic concerns and an investigation of nature and the lyrical self in terms of poetics. I like to think poems are reflections of a truth, but only in that one moment. I don’t believe poetry is about making sweeping statements about life, or working out complex intellectual theories (leave that to philosophers), I see it rather as making small and hopefully astute observations about what is unfolding in front of me right now. I also love word play and slapstick humour, so comedy is also something I greatly appreciate. Life can’t all be beer & skittles, but we definitely need more laughter in the face of the current political developments sweeping Europe generally and Germany in particular. 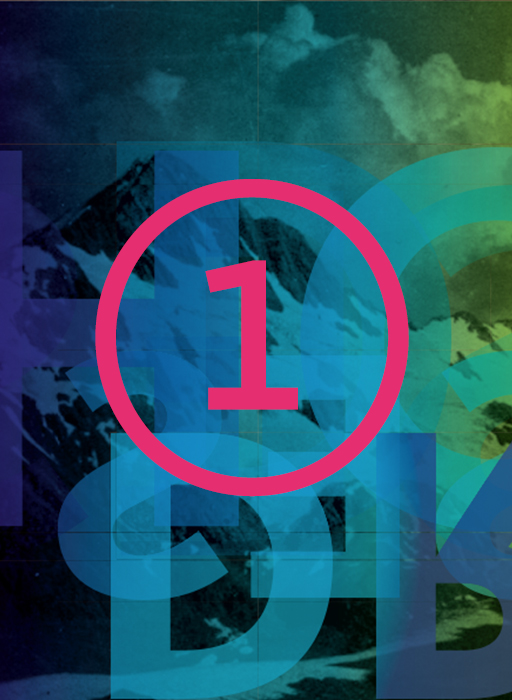 In 2017 it was my privilege to be an invited guest of the European Poetry Biennale at Transilvania University in the gorgeous Romanian city of Brasov. It was a truly game-changing experience for me; from being approached for an autograph by a shy young woman with dazzling blue eye shadow in the local kebab shop, to walking the foothills of the carpathian mountains with hungover poets, not to mention being upgraded to first class on the way home! Poetry clearly is a ticket to the good life.

After the fact, I spoke to Romanian poet, Iowa alumnus, journalist and publisher Andra Rotaru about the experience and about my abiding interest in both slapstick humour and the darker notes expressed in the arts of all kinds.

In five parts, because, bite-sized!

ANDRA ROTARU (AR): You’ve been living in Hamburg for a long time. The first poetry volume, entitled “Dream Houses”, was published in the USA by Kelsay Books, in California. How difficult is to write, in general, in another language than the country you live in? What is lost, what is gained?

TSS: I deliberately write in English, despite having lived in Germany for over ten years and speaking the language pretty fluently, I still have a hard time with writing poetry. For me, German is first and foremost a pragmatic language that has to do with dealing with authorities and buying groceries, an everyday language. But my inner world is English, and to externalise this I use the appropriate means. For me, writing poetry in my native language is also about re-centering myself within a language which links me to an earlier life in New Zealand. The depth and meaning of each word in English is far greater for me than the “same” word in German. It has what I think of as a resonance within the language in a wider sense. When I write in English, I feel anchored within the language, and more so with poetry than other forms such as short fiction.

Writing in my mother tongue is also an attempt to find my inner balance again, which can get a little lost if you “live” in a foreign language for a longer period of time. The language itself connects me to my formative years in New Zealand. It’s the language of my childhood fears and dreams, teenage awkwardness and early adult blunders, as such it has a quality of closeness, and it fits my concerns, because I re-imagine this vanished place (childhood, New Zealand) again and again in my poems. It’s a place which could of course be described in German, but to really conjure it up I use the language of the country that formed me, for better or worse.

Aotearoa New Zealand also has a  rich tradition of women writers who have written the place itself into their work. I don’t mean they write poems about landscapes, but I mean they communicate something of that place in terms of scale and the puny-ness and weirdness of being a modern human with all of our vulnerabilities and vanities in amongst a place of vast, wild and overwhelming beauty. I read and admire trail blazer (NZ) writers like Katherine Mansfield, Janet Frame, Patricia Grace, but also today’s poets like Hannah Mettner, Hinemoana Baker, Hera Lindsay Bird, Tusiata Avia, and Jenny Bornholdt, Tayi Tibble, the list goes on and on. Regardless of when they were writing, all of these writers  have something vital to say about the world they live in, and they say it with a strong New Zealand accent that makes me sit up and pay attention. There’s also a bit of wehmut to use a word that doesn’t exist in English, it means, the nostalgic feeling of happiness, tinged with sadness you get when you see something that you used to be a part of, so, like FOMO but it’s already happened…

The poem Paradise Diptych (download here) from my first poetry collection DREAM HOUSES was inspired by this mural by New Zealand artist Colin McCahon. Painted directly on the interior wall of the artist’s kitchen, circa 1952, it was acquired directly from McCahon’s French Bay home (now the McCahon House museum) by my father in the early 1960s.

As the painting formed the inside cladding of the McCahon family’s kitchen wall it had to be literally cut out of the existing house. My Dad and his friend Frank, then architecture students at Auckland University, drove out to the lush, green west coast of Auckland one afternoon and removed the work in two pieces, lashing them securely on top of their car with ropes, then plugging up the space left by the wiring and light switch with a slap of brown paint, which you can see in the photo above. I don’t know if it was raining on the day they drove out to get the painting, but I like to imagine it was.

I grew up staring at this picture as we ate our dinners, and I always thought it was my Mum and Dad in their garden in Auckland, which was a kind of paradise for us four kids (the four little birds from the poem). The original painting still hangs over my parents’ dining room table, a facsimile has been installed in the museum. 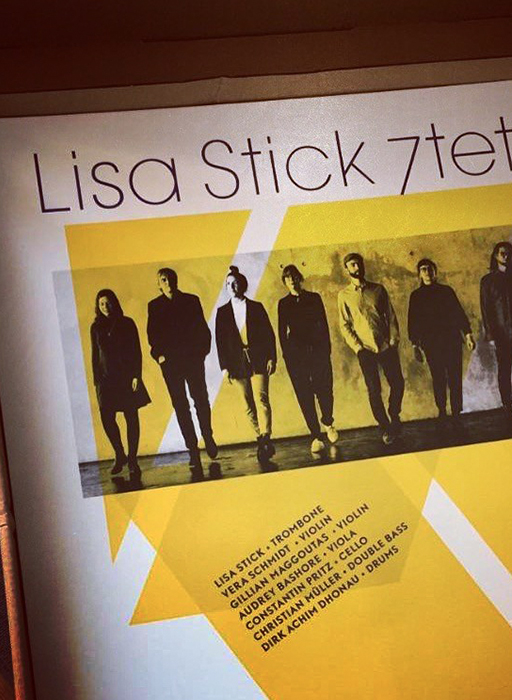 Look what just popped out of its 📦

The first of 2 posters I designed for the luscious Lisa Stick Septett | See them at Birdland and all over jazzy Hamburg joints this summer!! Thanks to the fabulous @ogaudrey for the 📷 and to Lisa for being such a super sweet project partner. Yay! 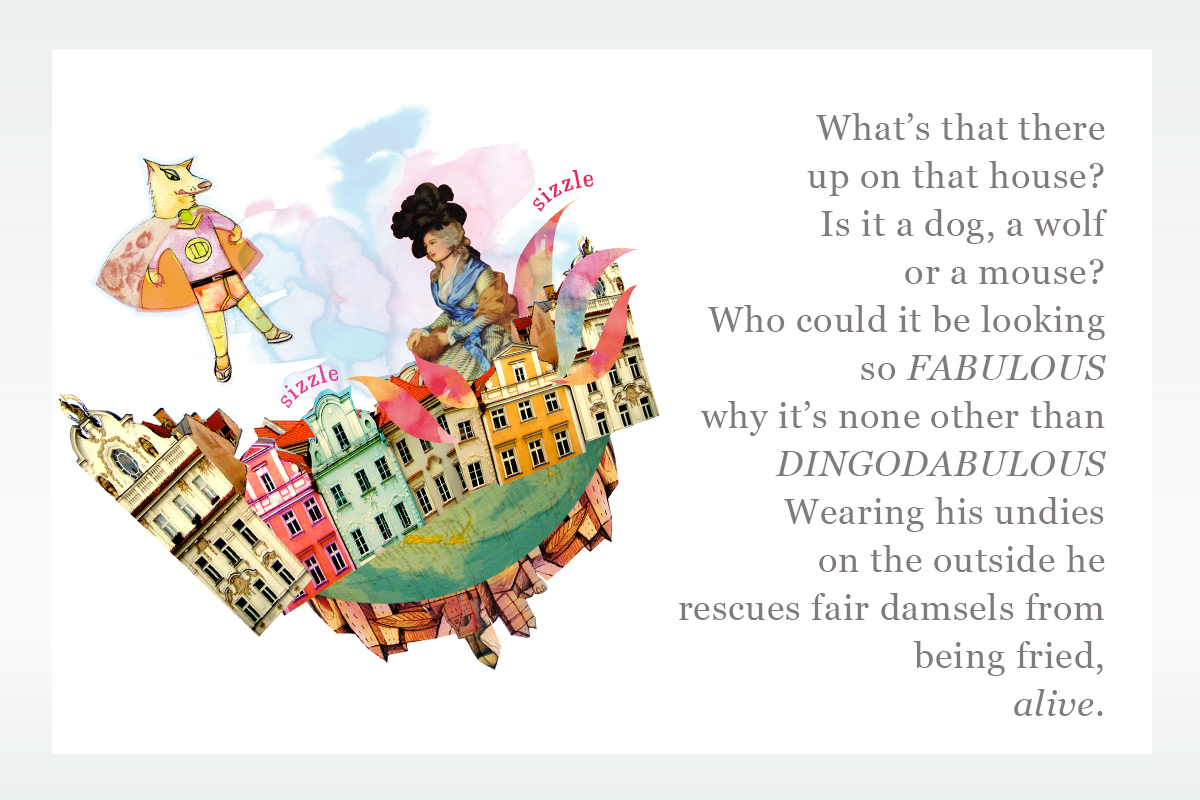 Dingodabulous and his mates Crocoriffic and Goannagogo reveal the magical world of Urbanimaland, a place that exists in the cracks of the big city where, unseen by adult eyes, the Urbanimals dance, make magic, art & music. A funny, silly set of rhyming verses with collage illustrations and adventurous language for readers between 5 and 8 that celebrates the diversity of urbanity.

Someone, somewhere, once said that we become the books that we read. So, if we read happy books, we get happy, right? Well, now you can experiment on yourself with the nicely produced volume Was Mein Leben Reicher Macht from Knaur Verlag. These collected musings of Die Zeit reading Germans are now available in hardback form. Turn to Page 161 to see my contribution in visual form! Was Mein Leben Reicher Macht by Wolfgang Lechner is available from Amazon and directly from Knaur Verlag.

For the good folks at The Local, I can’t thank you enough that you’ve featured my blog of letters, from Hamburg, called (appropriately enough) ‘Letters from Hamburg‘, twice in the last little while in the Ex-Pat Dispatches column…

A year ago at the Lesesaal Bookshop and Café in the heart of Hamburg. Good times! A celebration of community; solace in this distant now.

DREAM HOUSES will be launched at the stunning Lesesaal Bookshop and Café in the heart of Hamburg, on 25 October…

This is a slightly truncated version of the interview I did with Romanian poet, Iowa alumnus, journalist and publisher Andra Rotaru about writerly attraction and literary crushes. Part one is…

Updates and insights from the thrilling world of words!